In Case Study #22 I take a look at the debacle United Airlines (Fly the UNfriendly Skies) found itself in when a customer was, literally, dragged from a flight by airport security.

We all saw the videos (See link: https://youtu.be/dASATLLvGRM) and the images were shocking. It started when United offered four customers $1,000 in flight credit in exchange for being bumped from a flight, which happens in air travel. United did not want to inconvenience four customers, but they needed to get four crew members to the next city because 200 passengers were at risk of being stranded on a flight in that other city. So, in order to take care of 200 customers in another city, they were forced to bump four customers – but United wasn’t saying “tough luck,” they offered $1,000 in flight credits. Usually, college students traveling alone rush to the front of the line to take these deals. It’s basically free travel in exchange for drinking at the airport and hanging out for several hours and taking the next flight.

In this case, three customers had taken the deal / been bumped (peacefully) and United has no choice but to choose a 4th passenger. This is usually done by evaluating frequent flyer status, who has checked luggage and ticket purchase factors to determine the “odd man out.” Keep in mind, the selected person is going to get the $1,000 flight credit. So United approaches Dr. David Dao and he says “no thanks” – but United says “Sorry sir, this isn’t a choice.” He then refuses to cooperate, which is understandable. United explains further and Dr. Dao won’t budge and United is now tweaked.

By not cooperating with United, they then had no sympathy for him and he wasn’t going to change the fact that he was being bumped. My take: United could have and should have moved on to the next customer and Dr. Dao was NOT SMART. So now, United staff is thinking, “OK, this guy is now being a pain – let’s call security.” Dr. Dao then gets difficult with airport security which is NEVER prudent as we all know airport security and TSA have THEIR OWN SET OF RULES. Dr. Dao actually told them “you will have to drag me.” So they did and the rest is history and permanently memorialized here on YouTube.

This Episode includes a “How to” case study on the 5-steps of crisis communications that you (and United Airlines) can use in the future:

(1) The Impacted People Must Come First
– Express sympathy and empathy.
(2) Get Your Facts Straight – QUICKLY!
– Immediately interview the people on your team who were there – not their managers!
(3) Be Transparent & Available to the Media
– By getting facts straight, you can give a truthful story ONCE and NEVER change it (which makes things worse).
(4) OWN IT
– Accept that it happened at your company, you don’t need to take legal responsibility if is not your fault. – but it happened at your company and you must own that part.
(5) Offer Solution
– You or your industry can learn from this and do something positive, and you can lead that effort.

Come learn every Friday and take your company to the next level – subscribe to the Valuetainment channel on YouTube: http://bit.ly/2aPEwD4

Valuetainment- The Best Channel for Entrepreneurs!
Share this
Tags:

Monsanto: The Company that Owns the World’s Food Supply

How Red Bull Got Its Wings! – A Case Study for Entrepreneurs

Rise of the Rothschilds: The World’s Richest Family

BMW: The Dark Story of a German Dynasty

How Microsoft Saved Apple (And Why They Did It)

How Pepsi Won the USSR … And Then Almost Lost Everything

The Rebirth Of Microsoft – How Satya Nadella Saved It (Or Did He?)

Mess with Yeti, Suffer the Consequences – Case Study – A Case Study for Entrepreneurs

The Rise of YouTube: From Cat Videos to Global Advertising 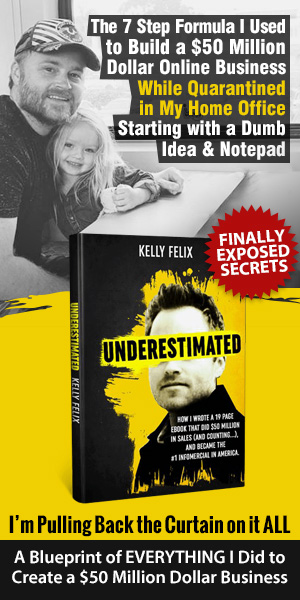